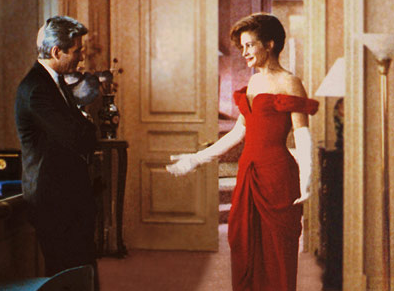 Well, just when you've think you've seen it all.

It didn't take long for civilization's oldest profession to collide with the economy's latest fad: theNew York Post says Airbnb is the new coolest way to run a brothel.

The crux of the "sharing economy" is that someone else's property becomes yours for as long as you're willing to pay for it, usually no questions asked. In the case of Airbnb, you're going to miss out on room service, but in exchange for missing amenities, you get free reign of a stranger's apartment, without regulation or oversight. This is terrific if you want to break the law:

"It's more discreet and much cheaper than The Waldorf," said the sex worker, who spoke on condition of anonymity.

"Hotels have doormen and cameras. They ask questions. Apartments are usually buzz-in."

The prostitute, a buxom brunette who charges up to $500 an hour, said her escort service generally rents an Airbnb apartment in the Financial District or Midtown West for up to a week at a time — then cycles numerous hookers through the place for trysts around-the-clock.